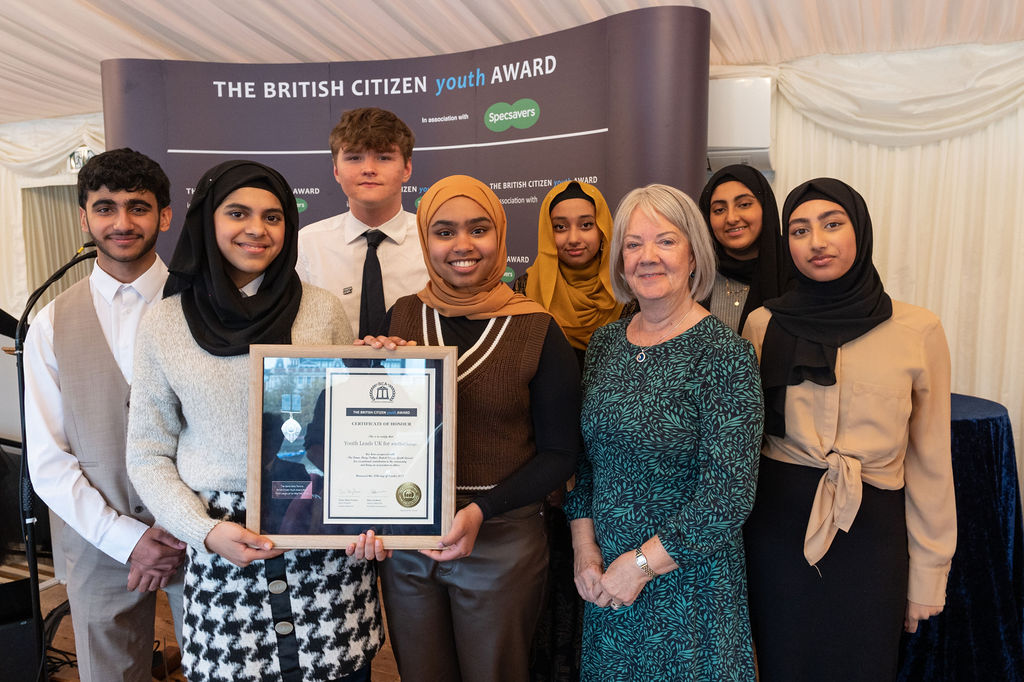 Youth Leads UK has received The Dame Mary Perkins British Citizen Youth Award for its #BeTheChange campaign, led by nine inspirational young people. Several of the young people received the honour on 20th October at a special ceremony at the Palace of Westminster.

The #BeTheChange social action project tackled three major issues: hygiene poverty, mental health issues and the climate crisis. The group ran a social media campaign tied into an action day, where they gave out 100 care packages to residents in the local community. These packs included a leaflet on each of their chosen topics, with tips and signposting for support to those who may be struggling. Also included were eco-friendly ingredients for the community to make their own ‘DIY’ cleaning products, as well as low-waste alternatives to cleaning products.

Resources were also sent out by the group to 94 schools across Greater Manchester, as well as writing letters outlining the project and urging the schools and the young people in the area to educate themselves on these important issues.

“I’m really inspired by the work done by this group. We all know that today’s young achievers are tomorrow’s change-makers. Their selfless giving and consideration for the planet and for each other makes me feel that the future is in very safe hands. Congratulations to Youth Leads UK.” 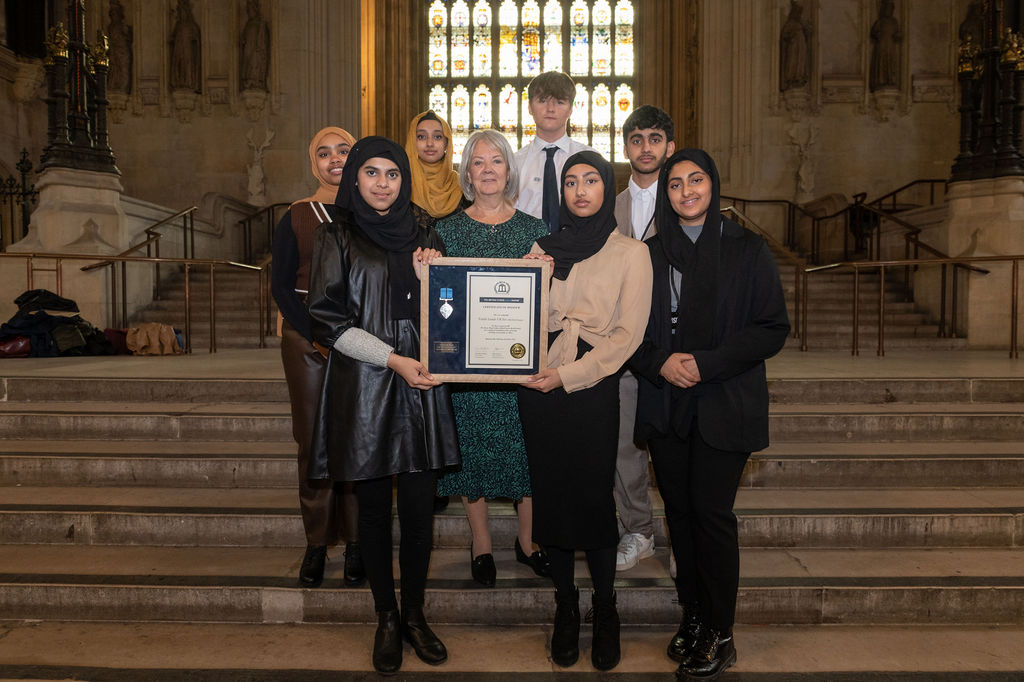 “Today was an amazing honour. Being able to go to London and even inside the Palace of Westminster is something I will always look back on.  This is definitely unforgettable. My first time on a train and seeing all the architecture in London was phenomenal. I really appreciate Youth Leads and the leaders who have helped make this happen and hope the best for the future.” 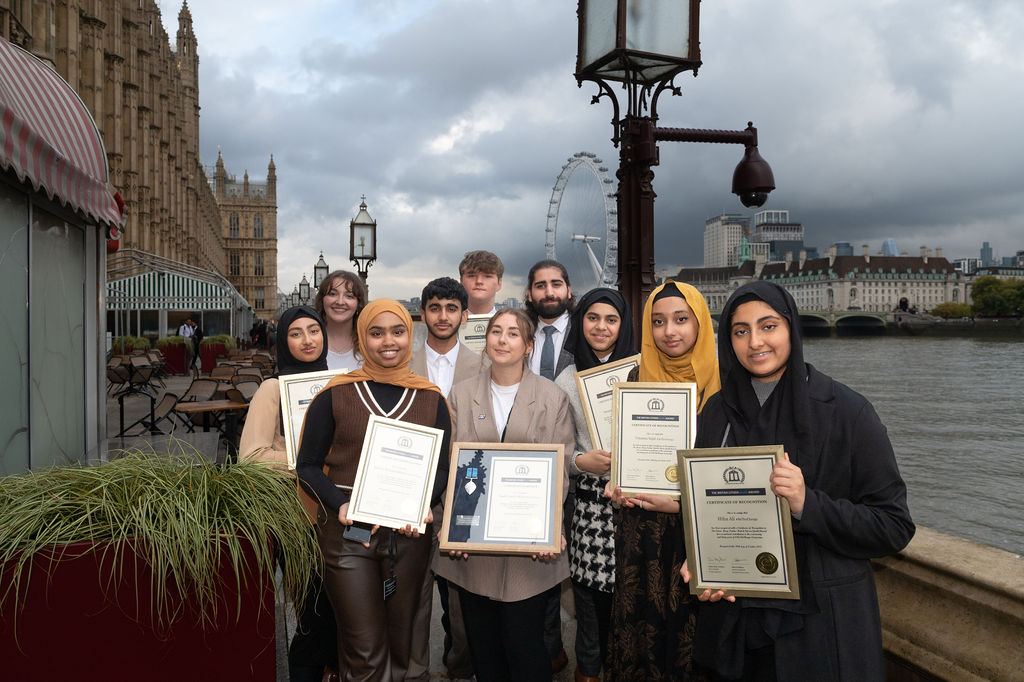 “#BeTheChange was such a fantastic project tackling some huge issues. Young people don’t shy away from supporting their communities and contributing to a better world. It’s wonderful to see their hard work recognised.”

Youth Leads UK took seven of the group’s members to London, many visiting the capital city for the first time. The lunchtime ceremony gave winners a chance to network with decision-makers and was hosted by The Rt Hon The Baroness Cox of Queensbury, Caroline Cox.

The group was presented with a Medal and Certificate of Honour in a display case, and the charity will receive a donation of £1,000 to help them continue their good work. 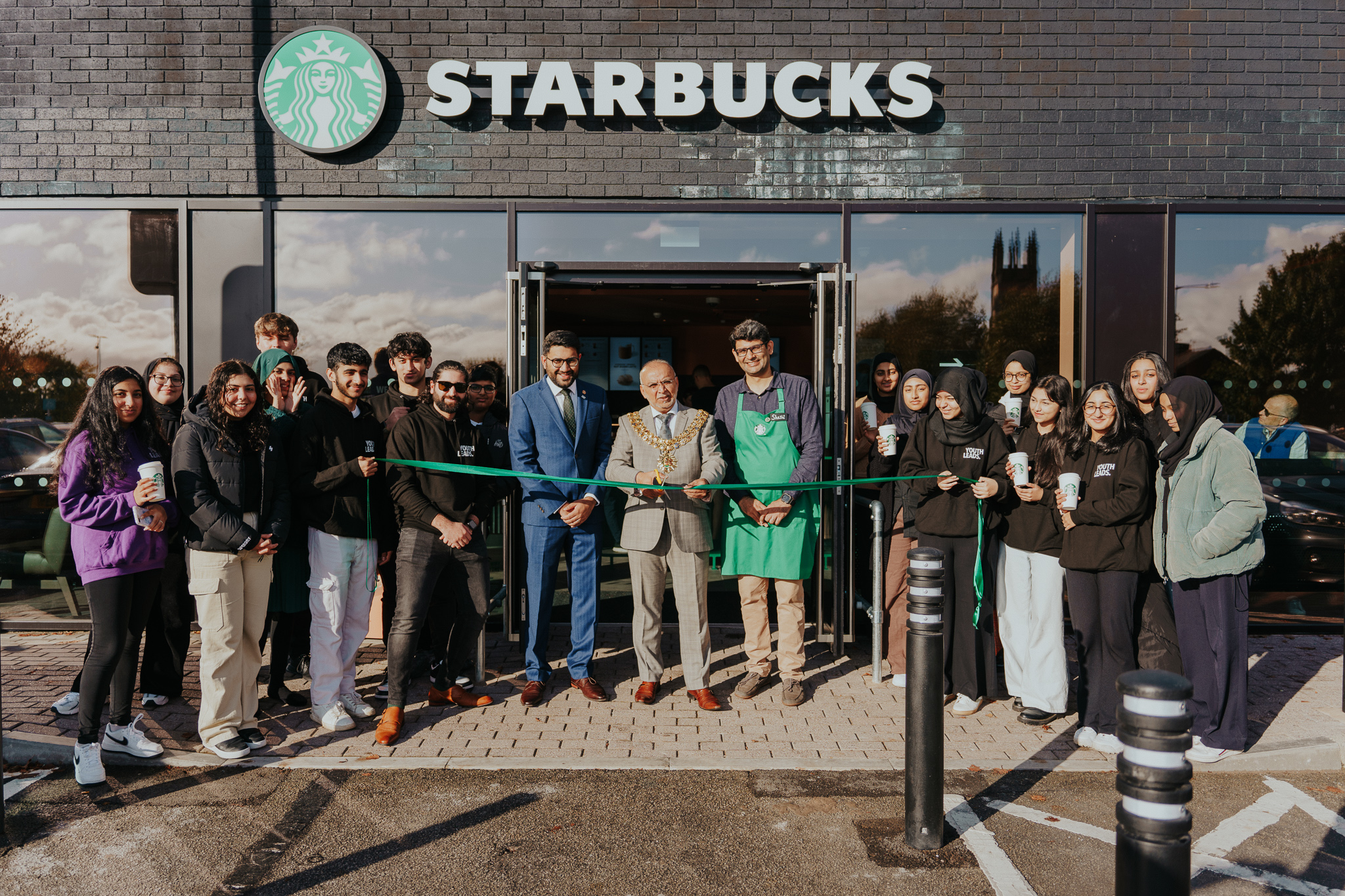